Home page / Worth seeing / Did you know that…?

Tarnów enjoyed its greatest time of prosperity in the 16th c. under hetman Jan Tarnowski who transformed the town into “Renaissance pearl” of Poland. Tarnowski has modernized Tarnów introducing numerous innovations to the infrastructure, legal and social aspects of the functioning of his town. He ordered to replace all the wooden building in the center with concrete ones and surrounded Tarnów with modern walls. With King’s approval, Tarnowski hired royal sculptor and architect, Jan Maria Padovano (Gianmaria Mosca). Padovano has supervised reconstruction of the Town Hall and created several sepulchral monuments in the Cathedral. His works are recognized as the masterpieces of Polish Renaissance art.

Tarnów is second largest complex of monuments in Małopolska

They are scattered all around the city and range from the Gothic to modernistic.

Tarnów – the warmest place in Poland

The long-term mean annual temperature equals 8.8C and is the highest in Poland.

The only painted village in Poland 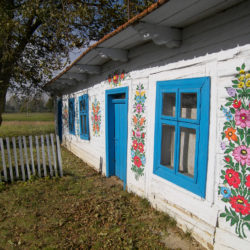 North of Tarnów, where Dunajec and Vistula rivers meet, resides one of the most interesting ethnographic micro-regions in Poland with the village of Zalipie at its center. It has earned the name of "painted village" because of a region specific tradition that involves the painting of cottages. 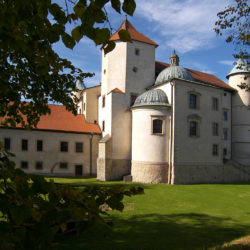 The Castle in Nowy Wisnicz is the largest preserved Baroque fortified residence in Poland. The structure has received its current Renaissance-inspired facade during the reign of Piotr Kmita. The residence is composed of four two-story wings surrounding a quaint, little courtyard. The feature that allows the Castle its unparalleled allure is the four towers that proudly stand at each of the corners of the residence. 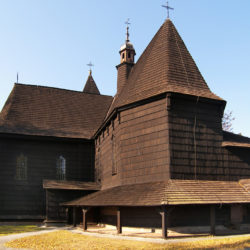 St. Stanislaw Church in Skrzyszów was erected in 1517 and has earned the title of the biggest wooden church in Małopolska as a one-part church, with two chapels. The church has a tower and is surrounded by cloisters. Its most prized relics are late Gothic sculptures on the altar and the sculpture of St. Barbara, which dates back to 1500.

Jan Szczepanik aka the Polish Edison 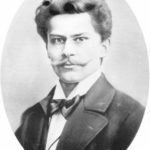 Jan Szczepanik, the most versatile Polish inventor, spent several years in Tarnów. He was the pioneer of color photography, television and color films, precursor of modern textile industry, including the bullet-proof jacket. 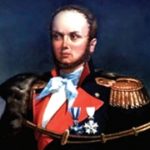 General Joseph Bem, Polish and Hungarian national hero, was born in Tarnów on March 14, 1794. His home was located right outside the town walls, in the neighborhood of an open-air market called “Burek”. The exact dates of his birth and baptism can be found in the registers of the Cathedral parish. 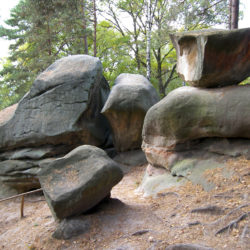 The monadnocks have formed into an extremely bizarre and interesting way as the result of harsh atmospheric factors like rain, wind and frost. Other natural elements have also altered the shape of the rocks, like the Scrub Pine that roots itself deeply into cracks and splits the rock. However, despite the attempts of science to explain such a phenomena, the locals have adopted their own unique understanding of the rock formations.

Hometown of the Templeton Prize laureate

Michał (Michael) Heller was born in Tarnów on March 12, 1936. He is the first Polish laureate of the Templeton Prize for Progress Toward Research or Discoveries about Spiritual Realities.

In the neighborhood of newly renovated train station and ‘Planty Kolejowe’ park stands an original structure – water fountain designed as the model of the Solar System.

During the 1997 and 2010 renovation of the Town Hall, an enigmatic structure was found below the north wall of the building. It was a cylindrical stone well, 3 meters deep and 2 meters wide. At first, it was believed to be a water tank. But the results of archaeological works beneath the floor of the structure excluded such a possibility. The permeable layer of sand could not hold water, as it was over 8 meters deep. No traces of waste nor excrement eliminated another potential function of the pit. Therefore it was assumed that the structure was a town prison, the dungeon. 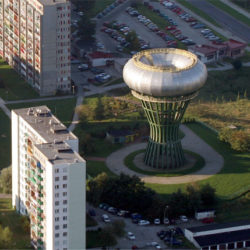 It is one and only water tower of its type in Poland which still works. It is a sensation on a world scale! The construction of the tower was made of steel and it is 37-meter high. The water tank (with capacity of 3000m3) of torus (tyre-like) shape is based on 24 pillars with external diameter of 28 meters and cross-section of 8 meters.

The tallest Easter palms; the tallest sepulchral monuments in Europe; the oldest industry plant in Europe, which has been operating for over 750 years; the only exhibition in Europe which illustrates the history and culture of the polish Gypsies; Tarnów was inhabited by people of varying ethnicity; the most northern part of the Carpathian mountains; Tarnów - Polish Capital of Comedy; The biggest monument of king Władysław Łokietek