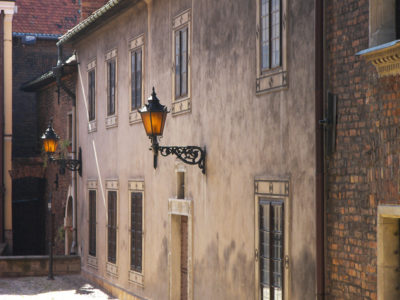 The Diocesan Museum in Tarnów is the oldest of its kind in Poland, founded in 1888 by the priest Józef Baba. It was primarily located in the building of the Tarnów Seminary. In the 20’s and 30’s of the 20th century the seat of the Museum was moved to the Town Hall. Currently, the Museum resides in three Medieval tenement houses near the Cathedral: 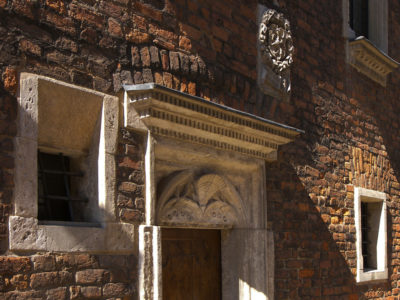 The houses are located west of the Cathedral creating a charming nook that carries the true essence of the Old Town.
The most important part of the Museum’s collection is the exhibition of guild art containing Gothic sculpture and paintings from the Małopolska region. These artifacts are not only pleasing to the eye, but also important testimonials to the quality and history of Polish Medieval culture. Another diocesan display includes church fabrics (vestments and covers etc) that are from as early as the Middle Ages to the 19th century. There is also a folk art department in the Museum luring visitors inside with impressive folk glass paintings collection.

These paintings were donated to the Diocesan Museum of Tarnów in 1957 by Norbert Lippoczy, a widely-known Tarnów resident of Hungarian descent. Finally, the museum contains a collection of contemporary folk sculpture from the very lively city of Paszyn, near Nowy Sącz. In 1988 the Diocesan Museum celebrated its 100th year of operation with a Jubilee, at which time the museum was also able to enrich its collection with new pieces of art from the beginning of the 20th century. They are the works of several Polish painters by the names of Jacek Malczewski, Vlastimil Hofman, Kazimierz Sichulski and Wojciech Weiss that were donated by a Tarnów collector, Olga Majewska, who also gave a collection of porcelain and clocks to the Museum. 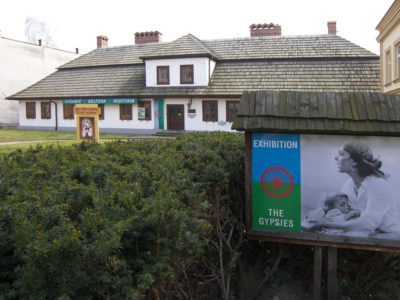 Ethnographic Museum. Beginnings of the manor on 10 Krakowska street are unknown. Manor along with the adjacent granary can be found on the Franz von Grottger’s map Tarnów from 1769. Its beginning can be dated to the end of the 18th century, and the granary is most likely older. Both the manor and the granary exhibit characteristics of a provincial baroque architecture. Some time in the past the manor was located outside of the city, and now it is right in its center. It’s a picturesque element among the eclectic buildings of the Krakowska Street. Originally the manor was an inn or a family house with a farm. Until recently it was referred to, by the older inhabitants of the city, as “Onitschówka”. The name comes from the owner’s name Onitsch. The manor was purchased around the middle of the 19th century by Wincenty Onitsch or, which is more likely, by his son Władysław Onitsch during the second half of the 19th century. 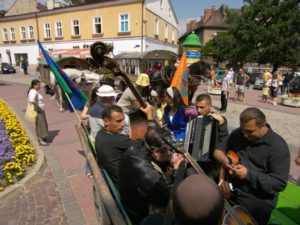 Presently it is a home to the Ethnographic Museum, branch of the Regional Museum in Tarnów. Its exhibitions cover the history and culture of Roma people. In the backyard we can take part in a Gypsy fest by the fire with colorful dances (on request) or simply admire an open-air exhibition of original Gypsy carriages. Each year in summer the „Tabor Pamięci”, or „Caravan of remembrance” takes place. It starts at the gates of Ethnographic Museum and leads through the streets of Tarnów and roads of Tarnów region. This several day long journey allows you to live Gypsy life and familiarize with their culture. All year round individuals, as well as groups, can schedule a caravan ride through the streets of Tarnów Old Town. 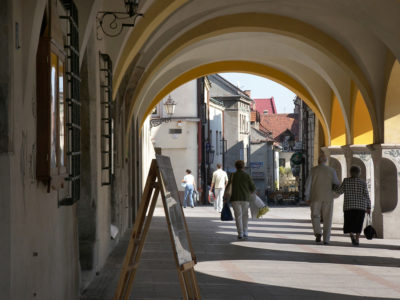 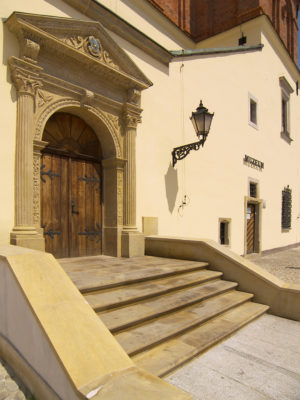 Town Hall houses exhibitions of the military equipment, Polish (Sarmatian) portrait painting, Polish painting from the 19th and 20th c., and rich collections of glass and china from the 17th and 18th centuries. The Town Hall has been re-opened recently, after a few-years-long renovation.