Galician atmosphere of Tarnów attracts tourists from all over the world who return again and again to re-experience its unique charm. Mixture of Gothic and Renaissance buildings and fortifications , in addition to a Medieval street layout give the Old Town its own distinct flavor. Complimenting the scenic aesthetics is the jovial spirit of its inhabitants, unique to the southern cities of Poland. 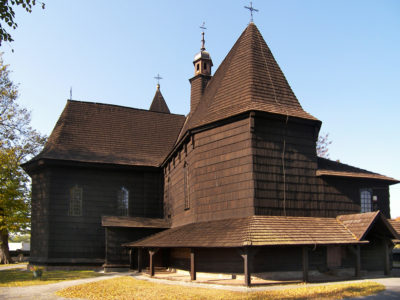 Wooden architecture that at one time could be found everywhere and was considered to be a symbol of parochialism, is coming back to graces. Today we rediscover advantages of wood as building material. It is natural, healthy, economical and classically beautiful. And wooden buildings are exceptional. One may even say – they have a soul. Each visit, especially to the oldest structures, is an experience both aesthetic and mystical. 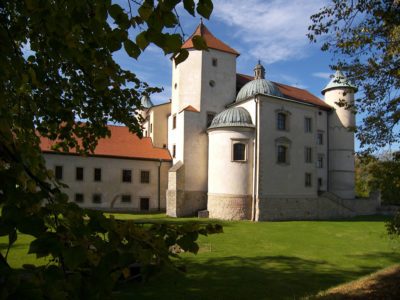 In the eastern part of the Malopolska Region there are many fascinating places, both for those seeking picturesque landscapes and those more interested in historical and architectural landmarks. The development of castles in Poland was sparked by the appearance of noble families and the urgency of protecting Polish borders. Tarnów’s land did not compose a border but it was on the path of a major trade route that needed the protection of armed men and powerful fortresses. As a result, brick castles and fortifications began to spring up around this area in the 13th century. 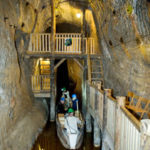 The salt mine in Bochnia (on the UNESCO List from 2013) is the oldest one in Poland, even older that the mine in Wieliczka; it is the oldest production works in Europe, continuously operating for 750 years.

For several years the salt mine in Bochnia has been open for the public, inviting tourists and locals alike into its underground world. Here they can hike along the winding maze of corridors and chambers, 300 meters long, that have been forged after years of mining.

Thrilling experience are 140 meters long slides; underground train operating at a depth of 212 meters and cruise along underground lake. The Bochnia Salt Mine is more than original trip destination. It also serves as a health resort. On the surface there are Sutoris Hotel and the Centre of Rehabilitation and Biological Regeneration. 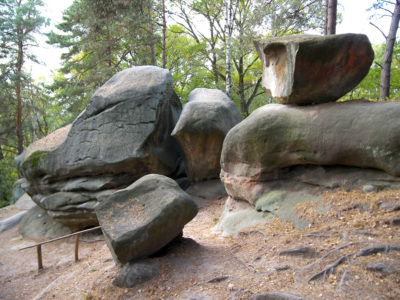 The Stone City is a reserve created in 1948 of ornate, natural rock formations on the slope of Skala (elevation of 367 m). The picturesque monadnocks (single rocks), formed out of coarse-grained sandstone, and the surrounding forests are protected by law. Making the "Stone City" distinct from many other monadnocks in the Ciężkowickie Foothills, is its high concentration of rock forms in a relatively small area. The monadnocks have formed in an extremely bizarre and interesting way as the result of harsh atmospheric factors like rain, wind and frost. 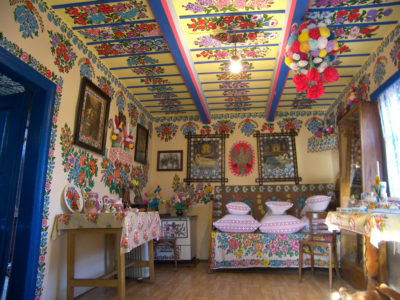 Tarnów region surprises with unique places that create specific atmosphere of the eastern part of Malopolska. Each nationality and culture that had lived in Tarnów area throughout the centuries has succeeded in leaving its own unique mark on the city evident in both structures and traditions. The charm of these places makes people come back over and over again. Fascinating world of local traditions and reviving folk art are no longer the domain of older people but attract younger who search for their identity, their roots. 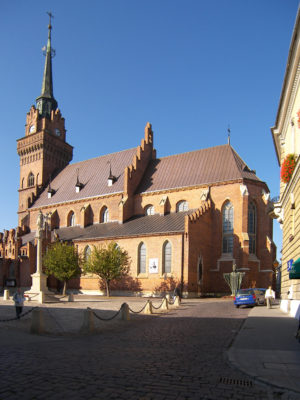 Tarnów diocese is renowned for the largest number of sacerdotal vocations in Poland. This is also the place from which the largest number of priests go to all corners of the world on mission. John Paul II said about Tarnów region: “The message of eight blessings has been lasting here for ages.”

Faith works miracles as it is miraculous in its nature. Tarnów region, considerably smaller than the area of the Diocese of Tarnów, is strongly associated with many places of veneration of the Saints. Graces experienced by the worshipers are confirmed not only by oral transmission but also by ecclesiastical commissions. In Tarnów there are as much as three Marian sanctuaries. 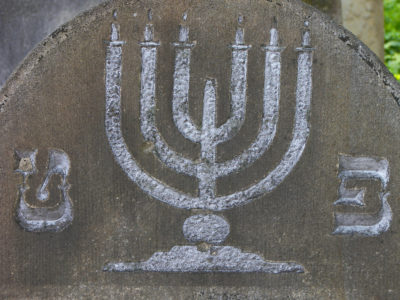 First Jewish immigrants settled in Tarnów region in the Middle Ages. Their presence in the city is mentioned in 1445 writings. From the very beginning their commercial activities focused on wine and grain trading which they imported from Hungary and Russia.
Jewish entrepreneurship was appreciated by the Tarnów owners. In 1581 Konstanty Ostrogski issued special rights allowing Jews to trade in their houses, kiosks and market square. They were also granted right to brew and deal alcohol beverages.

Tarnów region is a perfect place for those living active, with various landforms and unique environmental and cultural features. Relatively low elevation differences make active tourism an enjoyable way of spending free time to the people of various age and shape.
Tens of walking, bicycle and horse riding trails cover the whole area. Numerous reservoirs such as Rożnów Lake or Czchów Lake give unique chance of spending free time by the water.