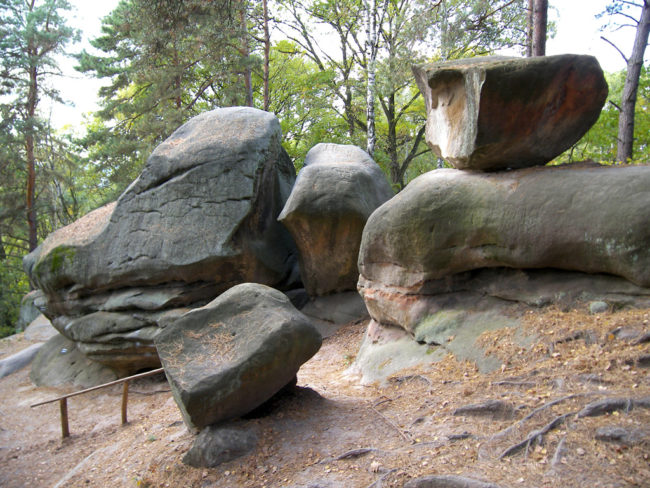 The Stone City is a reserve, created in 1948, of ornate, natural rock-formations on the slope of Skala (367 m above sea level). The picturesque monadnocks (single rocks), formed out of coarse-grained sandstone, and the surrounding forests are protected by law. What makes “Stone City” unique is a great number of rock formations on a relatively small area. The monadnocks have formed in an extremely bizarre and interesting way as the result of harsh atmospheric factors like rain, wind and frost. Other natural elements have also altered the shape of the rocks, like the Scrub Pine that roots itself deeply into cracks and splits the rock. However, despite the attempts of science to explain such a phenomena, the locals have adopted their own unique understanding of the rock formations.